The June-July 2006 issue of Domino had a feature on creating cushions and pillows with Indian block printed textiles. Its palette of white with pops of red used fabrics from Kerry Cassill and Les Indiennes.

The process of block printing, from creating the designs to transferring the design onto wood to carving the wood blocks to printing, is shown in a photo essay on the eSamskriti web site.

I have a duvet cover and reversible coverlet (the back side is a striped fabric) from John Robshaw in brown and blue on a natural background. It's pricey, and my husband, who is a native of India, didn't want to tell his mother how much he paid for it - she'd argue that he could get it much cheaper in India. 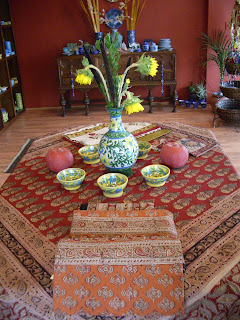 Other sources for Indian block printed textiles include FabIndia (mentioned previously), Anokhi, and Pomegranates, a store located in Warrenton, Virginia, outside of Washington, DC. Wendy, who owns Pomegranates, sources her bedding and curtain panels directly from India; in addition, she sells select items from John Robshaw (including crib sets) and select apparel from Anokhi.

Peter Dunham is an LA-based interior designer who also sources blockprinted textiles from India. See his work for Jennifer Garner's home in the fall/winter 2007 issue of Vogue Living.

Links for Kerry Cassill, John Robshaw, and FabIndia may be found on our Textiles page. Links for Les Indiennes, Anokhi, Pomegranates, and Peter Dunham may be found via My Web.

A note for blog subscribers

The Style Page appreciates everyone who subscribes to my blog by email or news feed to be informed of new updates. I have lately been taking advantage of Blogger's tagging capabilities; however, any new tags results in a new Email or update to our news feed, even though the original posting might be old. I regret the deluge of Email or updates to our news feed, and hope that subscribers bear with me as I continue to add tags.
Posted by The Style Page at 10:23 AM No comments:

I discovered this bed set from Luxury Lab Linens today via roxi on This Next, the day before St. Pat's.

Check out the claddagh rings on the shams! (via roxi)

After posting Great drugstore finds, I realized that I needed to revise my advice on lips on The Style Page website.

Concerning lipliner that it is not obvious, I had written:

Now I think that both techniques result in an overly obvious line, which is why I now prefer clear lipliners or lipliners that perfectly match the color of one's lips (which is why MAC's Lip Pencil in Spice has been so popular).

I've since discovered that companies other than Revlon and Paula's Choice offer clear lipliners, but at a higher price: DuWop Reverse Lip Liner

and CARGO The Reverse Lipliner 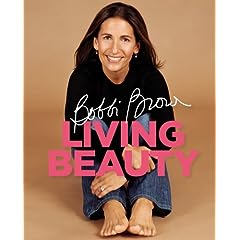 by Bobbi Brown
as seen in the March 15, 2007 edition of USA Today.
Lastly, the March issue of InStyle

. Bobbi Brown wrote that the most flattering lip color is two shades darker than the natural color of your lips. I can vouch for her advice, after a lot of experimentation (and a lot of money spent!). One also has to take her complexion, hair color, and clothes in account when selecting lip color.

I'm light to medium in complexion, with dark brown hair and brown eyes. While I had been classified as a "Winter" (using the seasonal color typing that was so popular in the 80s), I tend to favor rich warm colors over cool colors. Some of my favorite lipsticks are Bourbon from last year's limited edition Catherine Deneuve color collection from MAC and Bésame's Enchanting Lipstick in Chocolate Kiss, particularly when wearing brown. In fact, I favor lip colors that are "ambiguous," that is, not too cool, not too warm.

Another tip is to apply lip color just slightly inside your mouth (I would name the source of this tip if I could recall it) so that there won't be any apparent demarcation lines; also, this application suggests fuller lips.

Posted by The Style Page at 5:00 PM No comments:

Get ready for spring - 15% off from Skirt Spot

The Style Page is pleased to announce a 15% discount on orders from Skirt Spot, formerly Boutique Ooh La La, for its readers. Browse Skirt Spot's large collection of feminine skirts with details such as yokes, ribbon trim, ties, contrast hems, and more. This is a great opportunity to build your spring-to-summer wardrobe and also to get ready for Easter.

Posted by The Style Page at 3:37 PM No comments:

I had to customize the layout of The Style Page blog to automatically load the Flash widget for ThisNext. However, customizing the layout meant that many of the elements (Subscribe, Shopping, Blog archive, and Blogroll) in the sidebar were lost, and I had to reconstruct the elements.

I've also added a "Rate this blog" feature and a BlogExplosion button.

If there are any other news readers I should add under Subscribe, please contact me at thestylepage [at] yahoo.com.

I've been using My Web from Yahoo! to provide links to newly discovered web sites. You can find the five most recent links under My Web Bookmarks on the left-hand sidebar. By selecting "My Web 2.0 Links," you will be directed to all bookmarks I've collected since the last update of The Style Page web site - it is simply too laborious to update the static HTML pages anymore.
Posted by The Style Page at 8:00 AM 1 comment:

Pai is a new skin care brand from the UK (via New Zealand) that uses natural ingredients such as chamomile and rosehip in this lotion. Other faves from Pai include the Bergamot Lip Balm.

Pai was developed by Sarah Brown, who had suffered from skin rashes and itching and decided to create her own plant-based skin care line.

Pai is available only in UK, but plans to expand internationally later this year. For more information about Pai and its products, visit Pai's web site at www.paiskincare.com.

UPDATE 11:36 PM
Sarah writes, "I've had a few enquiries from the US over the past month or so, so am planning to get my an international orders function set-up on the site over the next few weeks."

The triumph of marketing over all else

Here are a couple of products that represent the triumph of marketing over anything else:

This $40 compact embeds a one-minute recording explaining how to create the smoky eye look - with named Stila brushes. In other words, you're paying $40 for advertising, the same reason I find logo tees so stupid. 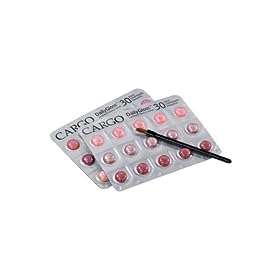 is an example of making money from a product that had previously been given away free - Mary Kay and Merle Norman provided blister packs as a hygeinic means for customers to test lip colors. Similarly, CARGO's ColorCards™, upon which eyeshadow color has been embossed, is yet another means of commercializing what had been given away for free.
Posted by The Style Page at 2:17 PM No comments:

Amazon.com The Most Coveted Lines in Beauty at Apothica.com

drugstore.com Beauty has evolved at Makeup.com Boutique. Shop now for all the hottest trends in makeup, skincare, hair care, and bath products.